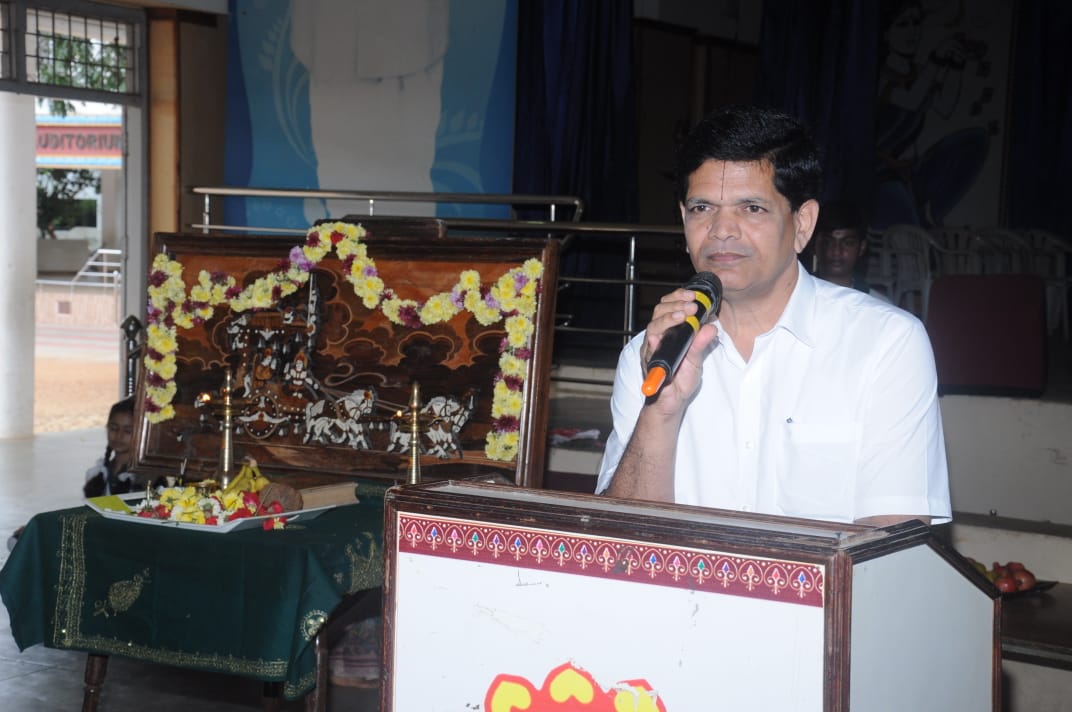 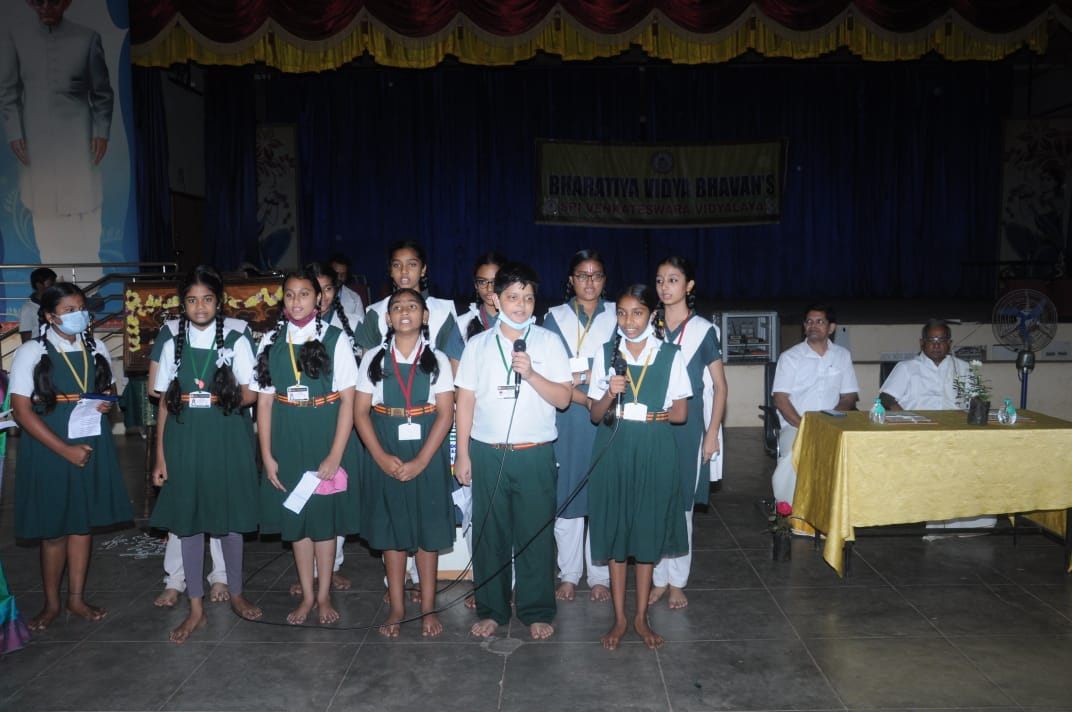 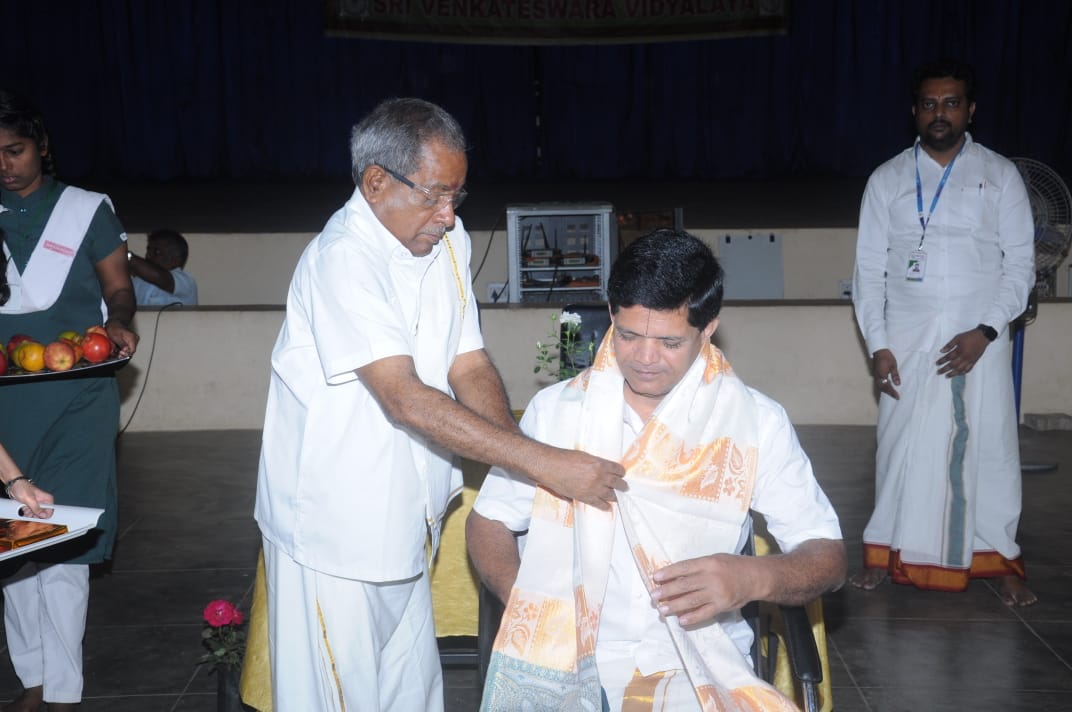 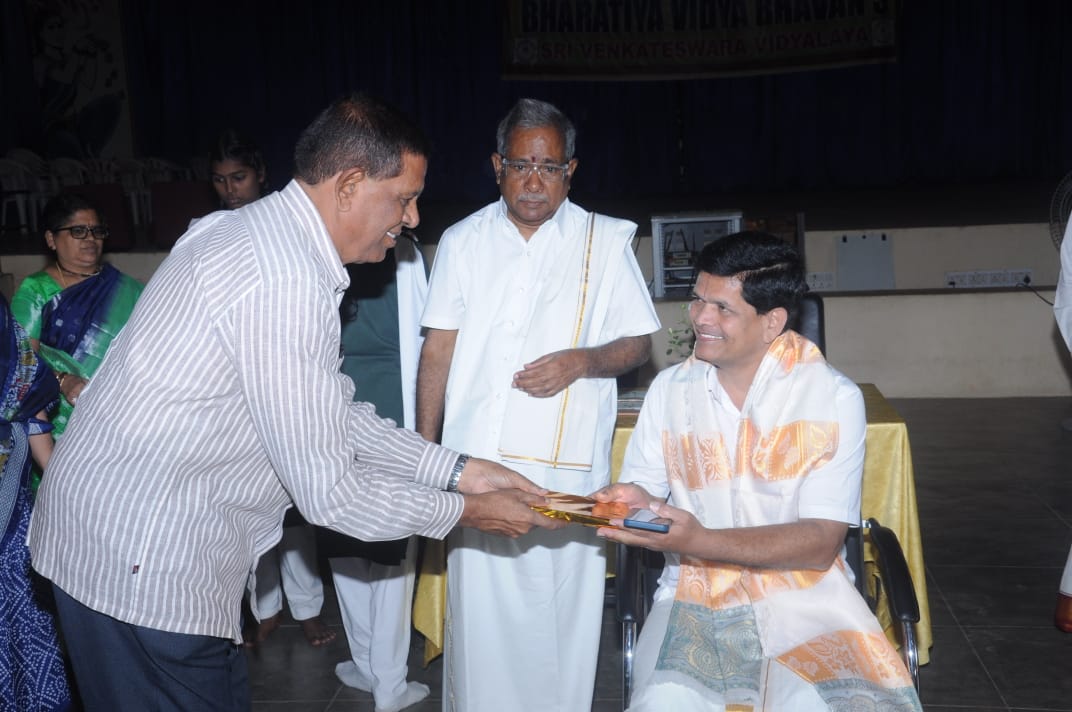 Gita Jayanthi marks the birth anniversary of this Holy Scripture, which falls on Ekadasi, the 11th day of Suklapaksha of Margaseersha month.

Speaking on this occasion, Dr.N.Satyanrayana Raju, Hon. Director & Treasurer, Bharatiya Vidya Bhavan praised Srimad Bhagavad Gita as a holy book of practical vedantha and philosophy, which is a great message given by Lord Krishna for the benevolence of the humankind. He also elaborated on the importance of various chapters, and highlighted the lines of the 12th sloka from 11th Chapter  “Divisurya Sahasrasya”. He advised the children not only to worship and read the book but also to imbibe the values and work with utmost dedication and sincerity.

Kum. M. Bhavya Sree of X.A gave a speech on the importance of Bhagavad Gita followed by saptha sloka and Balakrishnastakam. Prizes were distributed to the Winners of various competitions conducted on this occasion.

Dr. C.Rajagopalan in his speech, acclaimed Bhagavad Gita to be the compiled form of message, useful for all walks of life. He elaborated the Gita Saram, the message meant for teachers and students by quoting the lines from various slokas and chapters narrating the stories of various characters and the values which are to be learnt. He also appealed the students to practice the values preached in this holy book.

The day’s Guest was felicitated by the Director and Vice Principals.

The programme concluded with the Vote of Thanks proposed by Kum. K.T.Sri Sahithi, Student Club Secretary of Sanskrit Bhasha Bharathi. 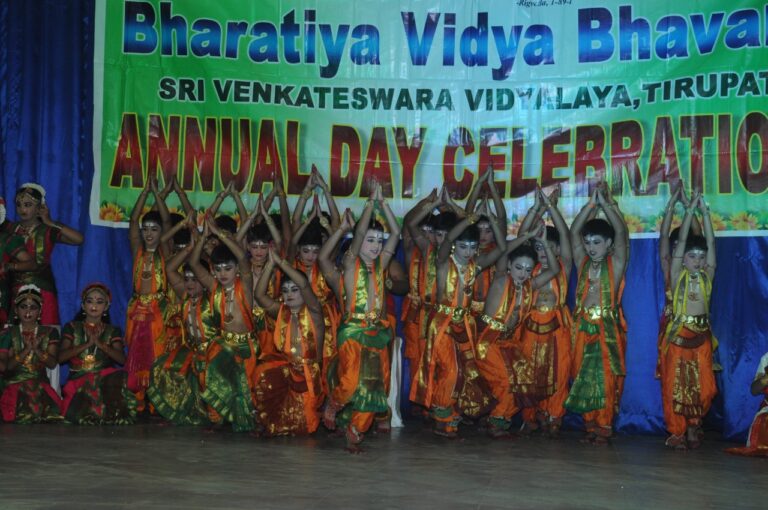 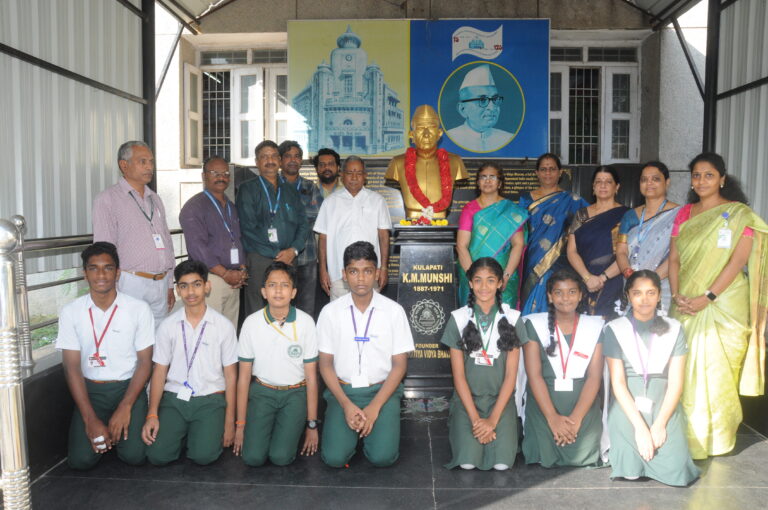 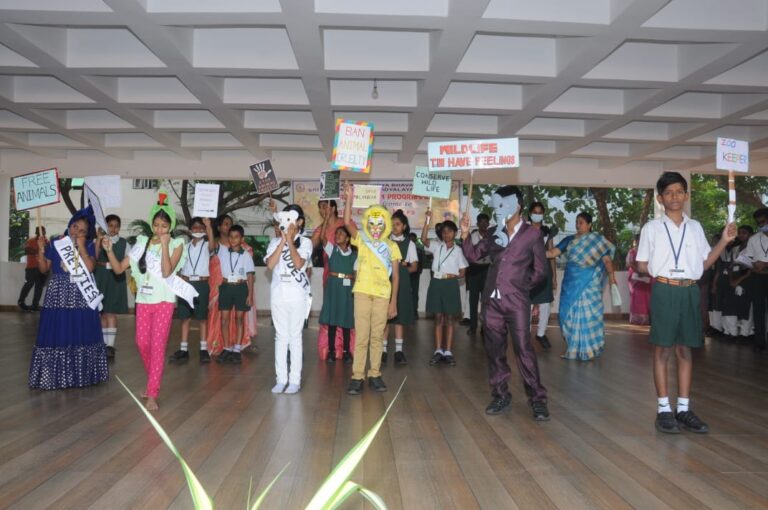 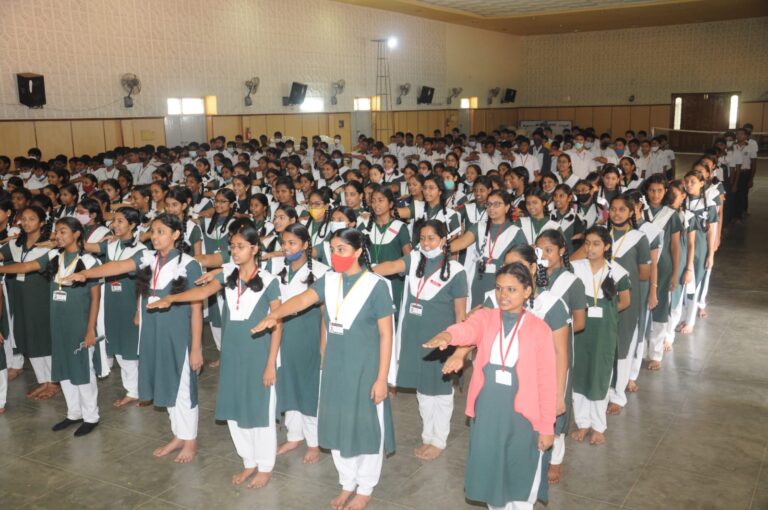 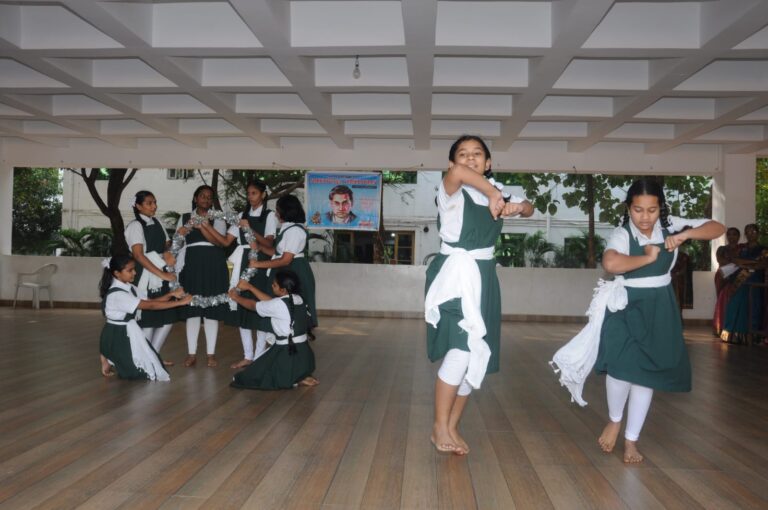 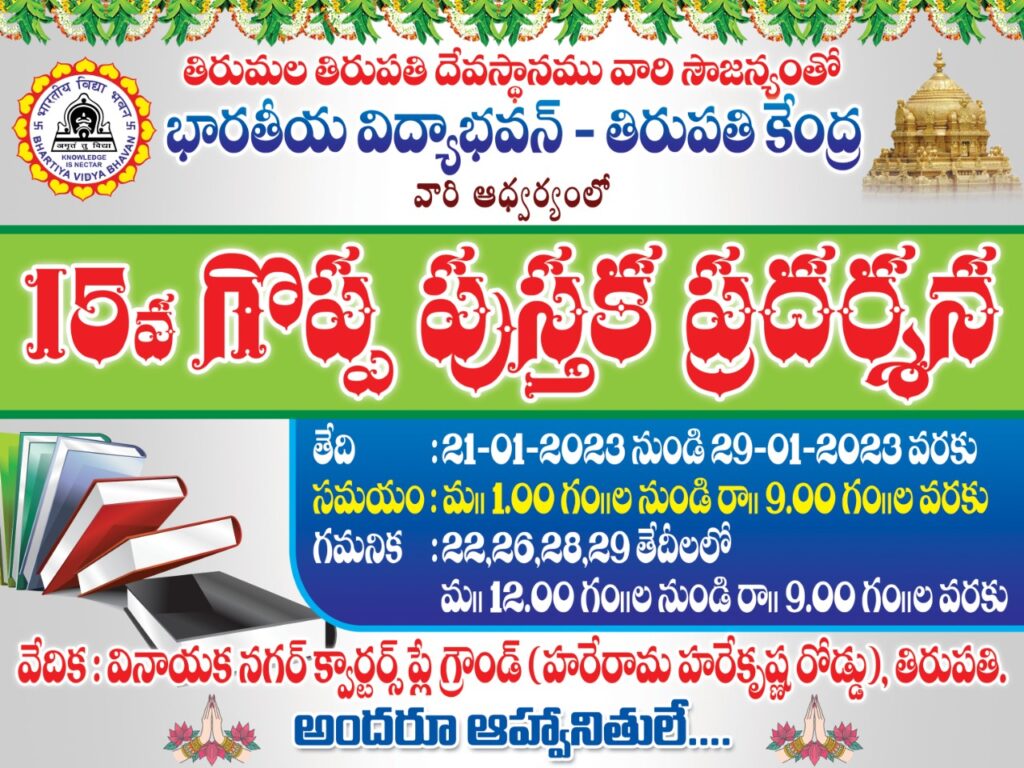